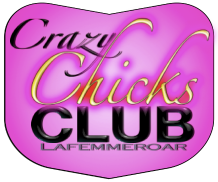 So I was reminded I haven’t posted in a while.  Two weeks or so I guess.  I just don’t have much to say.  The Zoloft isn’t making me manic, so that’s good.  I’m also not feeling any better.  Two weeks isn’t enough time to tell for sure that it’s not having an affect.  I went back to the doctor on Friday and he renewed the prescription for another month.  I’ll see him right before Christmas.  I can always go back sooner, but six weeks really is the minimum to know for sure if an antidepressant is working or not.

He also feels I’m having some repetitive strain issues with my right wrist.  I thought I had slept on top of it.  But it really does get worse if I’m typing a lot or writing a lot.  And considering I’m grading papers for portfolios right now, the pain isn’t a great thing.   So basically I’m now using a wrist brace.  That’s a little extremely annoying because I wear my medic alert bracelet on my right wrist and the chain ends up pressed into my skin.  Moving it to my left wrist isn’t an option because I wear my watch on that wrist.  And it would just feel weird.  Plus there definitely is a learning curve in figuring out how to type with this thing on.  The brace itself keeps my wrist at a different position and the part that fits over my hand covers the tops of my fingers so I don’t have the same reaching ability with my pinky finger.  In addition to the brace, I’m icing it a couple times a day and taking ibuprofen.  All that together seems to have helped a little.  I’m sure time will tell.

Speaking of Christmas, a friend asked if I was staying away from bridges and tall buildings this year.  I’m not suicidal right now.  Well, at least not actively.  I still have the occasional suicidal thoughts.  Given how bad things got last winter, I guess I better stay away from those bridges.  My Christmas shopping is nearly finished.  I bought for everyone except the paternal unit.  I have no idea what to get him.  I really don’t care either.  But I do need to find something and box the whole lot up and ship it home.  Gotta keep up appearances you know.  My entire family unit is basically in denial about my entire childhood.  I don’t want to disturb their river.

In other news I didn’t sleep much last night.  I got a somewhat distrurbing message from a person who participates in some forums I also participate in.   It was highly triggering.  I ended up turning it over to the forum administrators because I simply wasn’t emotionally equipped to deal with it.  So after I got over the worst of the triggering stuff (which took a good six hours) I spent the next few hours beating myself up for not being able to deal with it.  I can’t seem to move past me feeling like crap about feeling like crap.  Or something like that.

OUCH!  My wrist really hurts now, even with the brace.  I’m signing off to put some ice on it.  If you don’t hear much from me in the next week or so it’s because my hand is about to fall off.